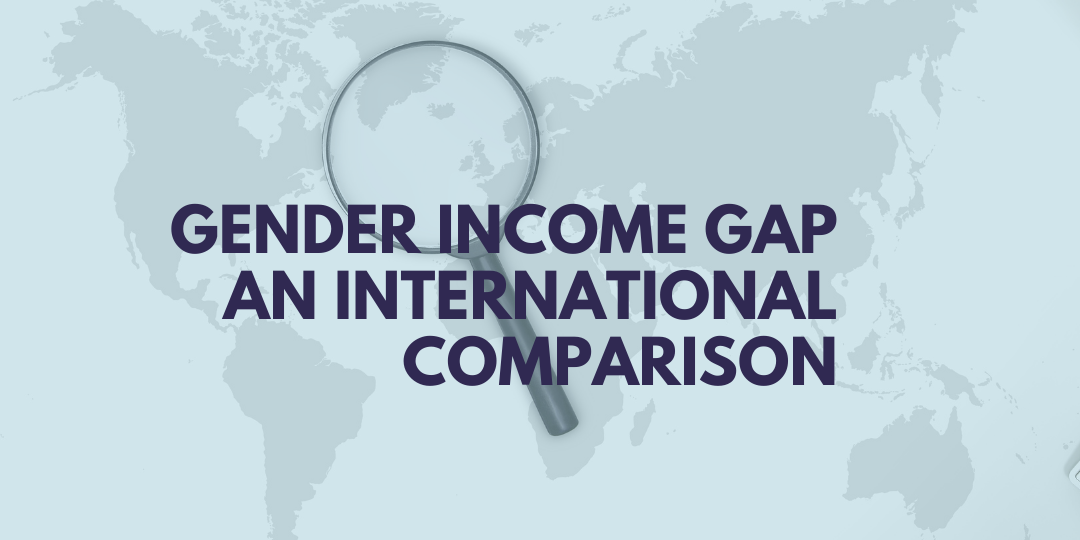 There are a number of different ways to look at the gender income gaps. Let’s start with a UN measurement.

Comparing the percentage gap (using GNI per person for 2018) for all working women and men combined within each country reveals the following (right hand columns). Slovenia and Singapore fair best with the smallest gap between the average working female and male.

23 countries perform better than Ireland which comes in joint 12th with Canada and the Bahamas.

GNI =
i.e. gross = everything
national = the whole country
income = money into AND that also stays in Ireland.

GNI = Gross National Income is just one way to measure “a decent standard of living”. It take no account of inequality amongst those within a country. The trajectory of Ireland’s gender pay gap continues to change over time.

The gap has been decreasing overtime shown by the lines moving down towards the right. Sweden has done a better job than most countries in closing this gap between women and men. Up to 2014, they were the only country to break into single digits.

Ireland fairs quite well by this measure, although reporting is irregular (shown by less ‘dots’ on the blue line), and the most recent data is from 2014 (5 years old). See more on Ireland’s => industrial gender pay gap.

Collectively OECD countries, the black line, have a gender wage gap of ~14%. Both the UK and the USA trail behind with larger gaps.

More About This Data:

Some Notes On the UN Table Above

PPP = Purchasing Power Parity refers to measurement of prices in different countries. It uses prices of specific goods to compare the absolute purchasing power. Adjusting for parity, enables you to reveal that the price of X is Y% of income in one country but Z% of income in another. Purchasing power parity resolves this ‘cost of living’ difference.

GNI aims to exclude money ‘flowing through’, both into and then out of, a country. i.e. income that does not benefit the country.