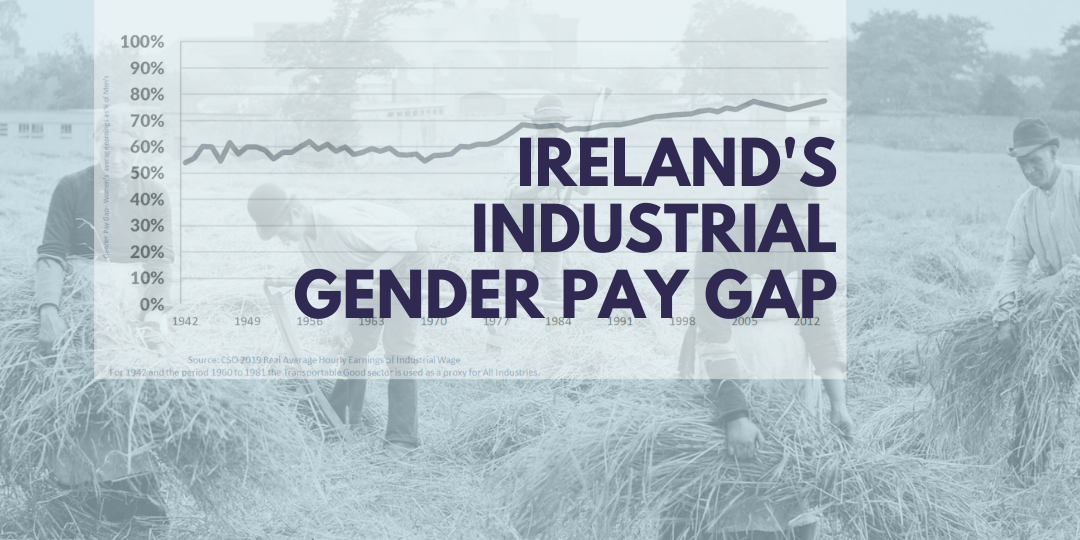 There is no way around it: Money is an important resource.

Ireland’s gender pay gap is an accumulation of social norms, employment law and family planning. All three have a significant influence on individuals in employment, and the roles and responsibilities of employers.

” our tendency to sideline the past as impertinent to the present, only to rediscover how central it is, in understanding the driving forces of our world and harnessing them toward a better future.”

To ensure freedom of choice in labour market participation, we need equal opportunities for every individual. Yet 18% of Irish employers and 15% of Irish employees say they are “aware of a gender pay gap in their organization” (Hayes, 2019).

In 1992, the world felt imperfect, hopeful, and full of opportunity. By 2019, exasperated,  I set out to better understand Ireland’s gender pay gap of 20+%.  Here is one perspective of what got us here. A document of contemporary social commentary.

What Is The Gender Pay Gap?

The (unadjusted) Gender Pay Gap, is an aggregate figure of everyone in the labour market. It summarizes the social, legal and economic aspects in a society collectively. Currently results show an imbalance of economic power, i.e. men hold more money power.

The Central Statistics Office of Ireland uses the Eurostat calculation of: the difference between male and female average hourly earnings as a percentage of male earnings. This figure is not adjusted for education, hours worked, unpaid work, sectoral employment, age, taxation nor any other factor. This unadjusted gender pay gap is often abbreviated to ‘GPG‘.

(The Gender Pay Gap is frequently confused with the concept of ‘equal pay‘. Equal pay related to directly comparing between individual cases exploring ‘equal work’ or ‘work of equal value’.)

Here we use CSO data and look at the industrial sectors, which broadly includes workers in production, craft, manual, clerical, sales, service, office, managerial, technical and professional roles. This excludes the public sector work of the state, education and healthcare.

Our governments’ work in two main ways; by enabling or preventing things with legislation, and by investing in projects. Projects and state services are funded through taxation. Here we consider three aspects, three ‘levers’, that change society in Ireland. This article considers changes by decade as Ireland crawls towards closing the gender pay gap. It outlines the Irish industrial GPG combined with changes in the areas of;

Ireland’s Industrial GPG by the Decade

Jump to the decade of most interest to you.

In 1846 the potatoes famine tips the majority of Irish people from surviving to starvation. Emigration and death halves the population from 8 million. For women and girls, changes in education enable (only) privileged and persistent.

Against the Backdrop of War, People Work in Agriculture, in Homes, and in Industry. Literacy is High But Education Limited.

There were approximately 10 million Irish emigrants over 1800s and 1900s. Single women emigrants dominated Irish emigration for the thirty-five years between 1885 and 1920.

As Education Improves The Promise of the Irish Constitution Erodes.

Gender Inequality Enters Law Contravening the Constitution. Women Working Outside the Home Is No longer A Private Matter, But State Regulated.

Average pay for Irish women is “a mere 5s 3d, compared with a man’s 9s 6d”. (This equates to approximately 26 pence versus 48 pence.) Irish Women’s Liberation Movement in the Irish Times , 1936

The World At War, The Industrial GPG In Ireland At ~40%. Discrimination, Based on Binary Gendered Social Roles, Continues As The Gap Increases.

After a shaky start, Ireland’s gender pay gap shrinks through 1956. A decade of two halves, the positive trend of the first half is reversed in the second half of the 1950s.

For the third decade in a row, the industrial GPG is 40% and Worsens While Access To Secondary School Education Improves.

In 1976 Tussing, reflecting 10 years after the introduction of free secondary school education, notes “…. throughout all the years of age, among married as well as single women; and what is implied is a demand for jobs with career ladders permitting lifelong advancement, as among men”.

Since 1973 much of the Irish national legislative and other approaches has been influenced by the European Union. Men of church and national politicians lose some influence. 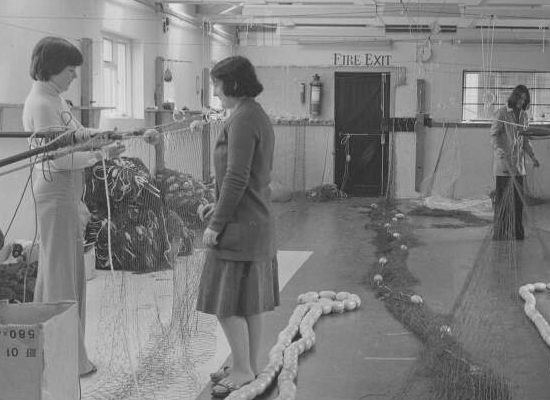 Building on the 1970s improvement, the Irish Gender Pay Gap bobbles around the low 30s.  Family law moves towards recognising married women as individuals (not addendum to husbands).  Family planning starts to move from the state control, introduced in the 1930s, back to the private sphere. 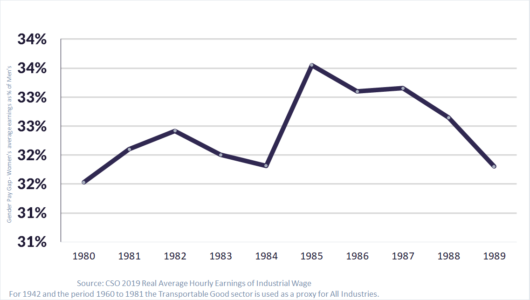 The industrial gender pay gap continues the improvements of the 1970s and 1980s breaking 30% for the first time. The century closes well short of pay parity with a gap of ~27%. The state continues to pull back from its paternalistic role as ‘family guardian’ moving towards supporting parents equally. 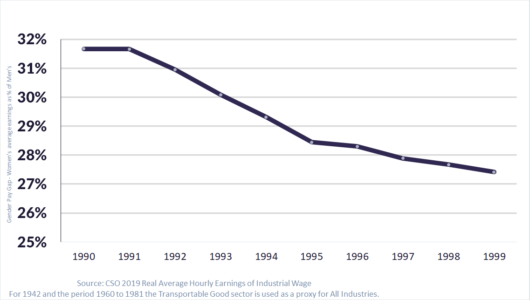 Despite economic boom, this Celtic Tiger pays the average women in industry 20% less than the average man. 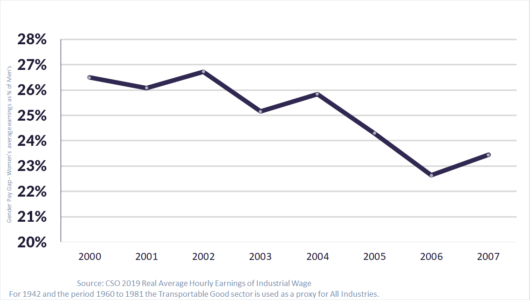 The gender education gap is reversed with women / girls better educated than men / boys (with data beyond the gender-binary unavailable).  The state takes small steps towards a more gender-balanced model of parental childcare.  Overall the imbalance in pay continues with more men in both higher paid industries and in senior roles.

Considering income that is liable for social insurance, 18.2% of men are in the highest tax band (€50,000 and above). This is almost double the number of women (9.5%) who earn €50,000. To narrow the gender pay gap requires more women to earn these higher salaries.

68% of people in the highest income band are men (purple). On the flip slide, women (in green) are over represented at the lower income bands.

With 2 million people in the Irish labour market in 2011, there continues to be difference in the numbers of men and women participating: 1.2 million men and 950,000 women (a 13% difference).

As the decade ends, 28% of senior executives are women; 72% are men. Women continue to do the overwhelming majority of unpaid work. The imbalance in pay chases women into retirement; the gender pension pay gap is 26%.

What does the future hold for economic power in Ireland?  The gender pay gap persists .  The introduction of the minimum wage “effectively eliminated the wage gap at low-wage levels” (Bargain in Doris, 2019), a major rebalancing.  Other wage groups, across the earnings distribution, continue to experience a gender pay gap. 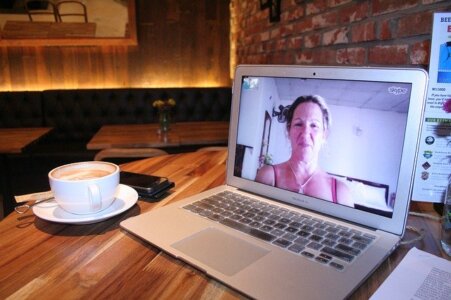 As social scientists, economists and others continue to research the gender pay gap, our understanding grows and more complexities emerge. One example of this complexity is the number of women in “underemployment”, i.e. those who wish to but are not, working to their full capacity.

These are people who:

To move towards equal opportunity in the workplace public actors (our public servants and elected officials),  organizations (of all sizes), and individuals needs to act.

Further Resources on the Trajectory of the Irish Gender Pay Gap